Hoki is more commonly known as the New Zealand whiting.

So not only does hoki have great levels of beneficial oils, it also has virtually no toxic pollutants such as mercury and other heavy metals.

Unlike our most popular fish such as cod and tuna, which are now amongst the most polluted fish in the world.

What Else Is Important About Hoki Fish Oil Capsules

And DHA is the long chain fatty acid in omega three that gives us most of the benefits, rather than omega three generally.

Why Is This Important?

Because DHA does NOT exist in any significant quantity in any known plant source.

Even the best seeds, such as flax, do not contain any DHA. Flax and flax seed oil is beneficial in other ways though, and does contain a very high quantity of ALA.

But DHA is the very reason why fish oil capsules are so much better than those containing just seed oils.

It’s worth noting that our bodies can actually create DHA from ALA and EPA. 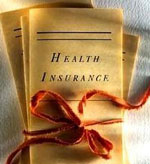 But the problem is that our bodies are really bad at this conversion. This was originally quoted as being about 12% efficient, but further studies have shown it to be as low as 0.1%.

The reason for the difference is because we now understand it varies greatly from person to person.

(That’s why I take fish oil capsules – I use this brand – not because I have specific health problems but as my ‘insurance’ against them!)

Interestingly, because New Zealand has very tight regulations on fishing, hoki fish populations are in an extremely healthy state.

And should remain that way with such close management. (If only we’d taken such care with our cod, plaice, haddock, salmon and swordfish stocks – all of which are in serious danger)

Just one more reason why hoki is considered one of the most healthy fish to eat in the world.

Where Do I Find Hoki Fish Oil Capsules?

I’ve researched this pretty extensively. And currently the very best you can get is a 50% hoki, 50% molecularly filtered tuna blend.

It’s made by Xtend-Life and is the brand I currently use. It’s also the only one I’d recommend buying right now. Click here to buy their fish oil.

P.S. If you can find fresh hoki at your local supermarket or fish mongers, I recommend you try it too – it’s actually a delicious fish to eat.

If you get a strange look, try asking for New Zealand whiting instead 🙂