I think you’d agree that fish oil is good for us, but can kids take fish oil too?

Omega 3’s are one of the few things that have truly been identified as really important for kids development. And in particular those Omega 3’s that come from marine sources, such as fish oil.

Here we cover what is best practice according to research so far, plus doctors recommendations on fish oil for kids.

The Research Proves Omega 3 Is Vital

There are a number of studies that show how important Omega 3 is to the development of children [2][4]. And not just children but babies too, with indications of increased brain function right from the pregnancy stage [1].

But Why Is Omega 3 So Important For Kids Development?

Firstly it takes a lot of ‘everything’ to turn an infant into a young adult.

And secondly, around 20% of the brain is made up of one Omega 3 fatty acid in particular, called DHA. Which makes Omega 3’s pretty much ‘brain supplements for kids’!

So it’s not greatly surprising that if you limit something the brain is built from, you’re going to limit how well it can be built.

How Do Kids Get Enough Omega 3?

It’s important to understand a couple of other things about Omega 3 fatty acids and where they come from.

Omega 3 is made up of 3 key fatty acids – ALA, EPA and DHA. And it’s that last one, DHA, that has shown most of the benefits we see from studies. It’s actually used by most organs and systems in the body, not just the brain. The others are important too, but DHA is the one to pay special attention to. 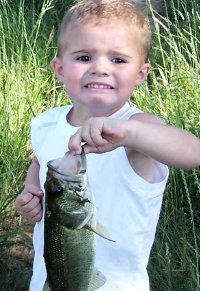 The tricky thing with DHA is that it only comes from marine sources of food. Which means mainly fish and shellfish. Which are not known for being kids favorite foods to start with! Plus there’s a lot of fear over serving improperly cooked or bad seafood to children.

But worse still, the FDA has issued numerous advisories over the years warning us to be careful of fish intake. This is because we’ve polluted the heck out of our oceans, which is now coming back to bite us as our fish stocks now contain mercury and other toxic metals.

The FDA currently says to choose fish that are lower in mercury, and to avoid completely king mackerel, shark, swordfish and tilefish as they are highest in mercury levels [5].

Personally I don’t find the idea of ‘lower mercury’ particularly reassuring! How can 50 or 80 micrograms per 4 ounces of fish be considered fine, but 110 micrograms is not?

That said, the FDA say fish oil is good for kids and do still recommend 2 or 3 servings of fish every week even for very young children (over 6 months of age). This is because they need Omega 3, and DHA.

Other Sources Of DHA?

There is one other way we can get at least some DHA. Our bodies can actually convert ALA into DHA.

This would prove to be the golden solution as ALA is much easier to get from food (nuts, seeds, green vegetables etc). But unfortunately our bodies are really bad at this conversion process.

It depends on the individual, but the conversion process has been shown to produce about 4% DHA from the ALA it uses up [6]. The other 96% is lost.

And that’s with a healthy diet – it can often be half that. At least it’s something, even if very far from ideal.

How Much Fish Oil/Omega 3 For Kids?

There are only guidelines available so far, as research for children is still quite limited.

They calculate the DHA requirement to be about 10% of these amounts. So rising from a dosage of 70mg of DHA at age 1 to around 160mg per day in late teens.

Just bear in mind these recommendations are not necessarily the best fish oil dosage levels. They are based on averages over populations not showing any significant problems. Optimum levels may well turn out to be higher.

Can Children Get Enough From Food?

If your kids will happily eat enough of the right kinds of seafood. And you keep a close eye on the FDA’s recommendations relating to toxicity levels in fish.

But if you want to avoid those headaches, then a fish oil supplement is probably the most cost effective answer.

There are a ton of options, but this is what to look out for:-

You need to read the label at least, and probably check the manufactures website to ensure the fish oil you buy meets ALL of these requirements.

Fish oil is particularly sensitive to processing. Poor industry practices mean a lot of fish oil is over-processed, over-exposed to air, or even rancid by the time it gets sealed in a capsule!

And we obviously want mercury etc filtered out too. There are standards set for this (by GOED & CRN). This should be a given, but if they don’t say, it’s likely they don’t do it.

The small capsule size is important for two reasons – ease of swallowing for children, and being able to manage the dosage better. You can start with 1 a day, then increase to 2 etc as your kids get older.

Capsules designed for adults are very daunting for children to swallow, and generally have a pretty high dose of fish oil for a child.

Aaaargh, Too Much To Think About

If you want a quick answer, try the company I use. They put the exact same oil they use for adults into tiny capsules for kids. You can get it here.

The oil quality is top notch, the DHA levels are great. Their processing standards are excellent, and way beyond the GOED and CRN standards for purity/filtering. They also offer a pretty much unheard of 365 day guarantee.

It’s certainly one to consider.

A Note On Fish Oil Gummies For Kids

I’m not a fan of these at all. Gummies are basically an ‘easy to eat’ option, because they are chewable and in theory, taste good.

I don’t like them because to give them that taste and make them chewable normally requires using a load of junk ingredients. They also tend to have a very low dosage of fish oil and DHA. 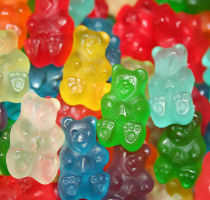 For example, one of the most popular brands is L’il Critters (made by Vitafusion). They are big on the ‘natural flavors and colors’ – yet the main ingredients are glucose syrup and sucrose, both of which are just sugar. They also contain just 16 mg of DHA per gummy – extremely low.

They are essentially candy with the tiniest drop of fish oil in them. Which is why Vitafusion recommend that your kids brush their teeth after consuming them..!

Personally I think it would be far better to help your kids learn how to swallow small capsules instead, and avoid the whole gummy issue.

Other Benefits Of Fish Oil For Kids

Research is ongoing which makes this whole field quite exciting to watch.

But so far studies into Omega 3 and ADHD have shown that children with ADHD can greatly benefit from Omega 3 supplementation [9][10].

The benefits were fairly small compared to conventional medications, and EPA seemed to be more important than DHA, but still promising given that we’re talking about a fish oil supplement.

There has also been evidence that fish oil can help to prevent asthma in kids too [11][12].

Which is particularly interesting given that asthma has been growing at a phenomenal rate. About 8% of the US population now has asthma, a figure which is even higher amongst children at around 9% – that’s a horrendous 6.3 million kids affected, just in the USA [8].

Reversing that trend would be fantastic.

2. Judge, Michelle P., Ofer Harel, and Carol J. Lammi-Keefe. “Maternal consumption of a docosahexaenoic acid–containing functional food during pregnancy: benefit for infant performance on problem-solving but not on recognition memory tasks at age 9 mo.” The American journal of clinical nutrition 85.6 (2007): 1572-1577.

5. US Food and Drug Administration. “Fish: What Pregnant Women and Parents Should Know.” Draft updated advice by FDA and EPA/June (2014).