There have been a wide variety of research studies published on the benefits of taking omega 3 fish oils. These studies are important because they outline the scientific facts behind the claims and the newspaper headlines. 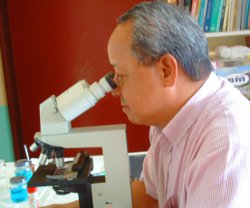 The studies help shed light on the manufacturers claims, help us to better understand what we are buying and how to get the best for our money.

Below we will outline some of the results of recent research studies that have been conducted on Omega 3 Fish Oils and their benefits.

The Mayo Clinic has also published studies on fish oil and their effect on a number of conditions such as cancer, epilepsy, behavioural disorders, depression, asthma, retina health and more.

Recently, Harvard researchers from the Women’s Hospital and Harvard Medical School in Boston have found a link between eye health and fish oil. It is the omega 3 fatty acids that are present in fish that provide protection against age-related macular degeneration among women who have not yet been diagnosed with the disease.

As part of the study, they also found that fish oil helps to slow the progression of the disease in advanced cases. This recent study suggests that fish oil could actually be preventing AMD.

You can find more about this in Omega 3 And Retina Health.

The University of Georgia discovered that the molecule DHA found in fish oils helps to stop the conversion of pre-fat cells into fat cells by causing them to die. This helps to significantly reduce the accumulation of fat found in the body.

This might sound like it’s too good to be true, but there have been other studies with similar findings too.

Some studies conducted by the University of South Australia have found that combined with exercise, people who regularly consumed omega 3 fish oil supplements experienced more fat loss than those participants who did not consume any fish oil. The group who consumed fish oil also had a large improvement in their heart health markers vs. the other group.

An even more recent study from Japan reported that omega 3 fish oils reduced weight gain in lab mice by helping to boost their metabolism. The scientists believe that this would also be an effect of omega 3’s on humans.

There is no lack of studies out there outlining the benefits of including omega fish oils in your regular diet. As researchers continue to uncover some of the positive influences they have on your health, there will be more studies and papers published about them.

If you are wondering if omega 3 fish oils are appropriate for you, dig in to some of the research and consult your doctor or a health professional. I’m sure the breadth of results and evidence will surprise you.