Natural Astaxanthin Benefits and Side Effects

First of all, let’s quickly recap on what astaxanthin is and why it’s so beneficial. 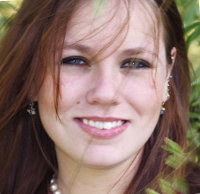 Astaxanthin is a natural reddy coloured pigment found in a particular type of algae. To be more technical, it’s a carotenoid found naturally in the Haematococcus pluvialis microalgae.

To put that in english, it’s actually a really powerful antioxidant.

And as we know, antioxidants are things that remove potentially damaging substances in our bodies.

When you look at it side by side with alpha-carotene, beta-carotene, lutein, alpha-tocopherol or lycopene – astaxanthin actually has best relative antioxidant activity. In fact, 10 times that of beta-carotene for example.

But that’s not all.

As well as antioxidant benefits, with studies particularly linked to protecting our livers for example, there’s also evidence that it may help to stimulate our immune system and could also protect against certain types of cancers such as liver cancer and oral cancers.

The studies say ‘protect against’ because the benefits have been seen in stopping tumors appearing rather than preventing growth of existing tumors.

Preliminary work has also identified this microalgae as a strong candidate for more detailed trials as a treatment in cardiovascular disease.

A paper by Pashkow, Watumull and Campbell from the Burns School of Medicine (University of Hawaii, USA) discusses how trials in humans of beta-carotene and vitamin E did not have the positive effects expected, but concludes that research shows astaxanthin should be developed for treatment of inflammation and oxidative stress shown in some types of heart disease.

Research is continuing but benefits are now being suggested or demonstrated in lots of additional different areas too, such as:-

There are no known negative side effects of consuming this, even at supplement levels. But as always, those with any existing health condition, and pregnant or breast-feeding mothers should exercise caution and discuss with their health professionals first.

Given the areas in which this supplement is showing benefits, it makes sense to combine it with a quality fish oil supplement – my only personal ‘absolute must’ supplement. (See Omega 3 benefits for more on this)

But that used to make it quite expensive, and I’ve never liked having a cupboard full of supplement bottles. So I never use to bother.

It was a very pleasant surprise then to find my favourite fish oil supplier already offered an upgraded version of their fish oil that includes not only astaxanthin but lycopene too. The best bit of all is it only cost me $3 a month extra for this significant upgrade! Most companies would bump up their prices by 50% for that.

They also do an even fancier version which includes Ubiquinol (a more effective form of CoQ10) – but I’m still researching that one and haven’t taken the plunge yet.