How Many Types Of Omega 3 Fatty Acids Are There?

Most people think there are just 3 or 4. But there are a lot more types of Omega-3 fatty acids than that – there are 11 types commonly found in nature alone.

Some are considered more important than others however.

Here are the 3 most important and best researched, together with the health benefits or risks associated with each:-

ALA is alpha linolenic acid. It is the most abundant in nature, being present in all kinds of vegetable oils and in meats from animals that feed on the vegetables, sometimes in great quantities.

Two of the best sources are olive oil and canola oil.

Corn oil contains some, but it contains a lot more Omega-6 fatty acids, which are pro-inflammatory. Inflammation plays a role in a variety of health problems.

Most Omega-3s are considered healthy, but there is some controversy surrounding ALA.

Whether or not there is a health risk associated with increased ALA intake tends to be irrelevant. Most people get enough in their daily diets.

EPA is known or thought to be an effective treatment for numerous inflammatory conditions. Supplementation may also be beneficial for schizophrenia and other mental disorders, such as depression and anxiety.

How many types of Omega 3 fatty acids are there similar to EPA? It can be confusing, because two of the other Omega-3s are ETE and ETA. Not much is known about ETE. But ETA is found in the green-lipped mussel and is believed to have anti-inflammatory activity similar to EPA.

Docosahexaenoic acid or DHA is only found in some kinds of fatty fish, 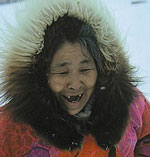 some types of seafood and some kinds of marine algae.

Both EPA and DHA are also found in seal oil, but most of us don’t eat or have access to seal meat. So we’ll leave that one to the happy Inuit tribe of Greenland.

The key nutritional value of the best quality fish oil supplements is due in particular to the DHA content. If the label doesn’t say how much there is, the chances are it has none!

DHA is particularly important to brain development and function. There’s an old saying that ‘fish is brain food’ – turns out your grandmother was absolutely right.

DHA is also so important to healthy neurological development that it is now added to some infant formulas and baby foods.

It continues to be important throughout our lives, because new research has shown that our brains do not stop developing. As long as we continue to learn, new brain cells are created and new pathways are formed.

Without enough DHA, those things cannot happen as well as they should.

So How Many Types Of Omega 3 Fatty Acids Are There In All?

There are 11 of just the most common ones that we come across in nature.

But of those 11 we know from significant clinical research that ALA, EPA and DHA are the most important.

Want to know more about the sources of Omega three fatty acids?
Or discover what is the most healthy fish you can eat?

Home » Omega Three » How Many Types Of Omega 3 Fatty Acids Are There?